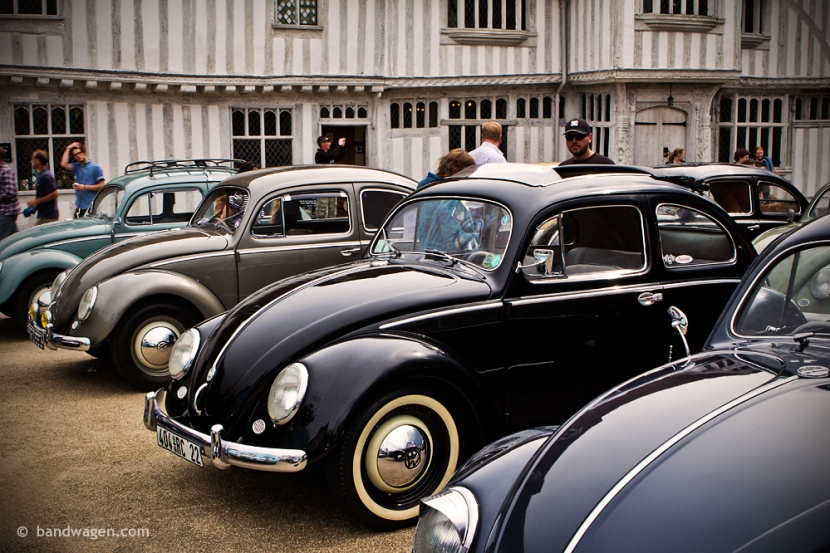 Photo of the week #54 – Throughout it’s long production run the Volkswagen beetle sedan changed little from year to year with just a few detail enhancements and improvements but, one of the biggest and most noticeable changes was to the size of the windows, the rear in particular. In 1953, with improvements in glass making technology, VW introduced the curved, oval shaped rear window which replaced the previous split-window which was made from two flat pieces of glass.

The oval-window body continued until the 1958 model year when the shape of the rear window changed to the more familiar and larger rectangle shape along with the dashboard design which was changed to the layout which continued to the end of production in the 70s. This photo was taken at the Lavenham Vintage VW show where we had no less than 36 oval -window beetles registered from all over Europe. All basically the same car but each one completely different and individual!