I owned Val for about four years and took her all over the place including several road trips to Vintage VW shows in Germany and most of the UK VW shows. With only 25hp, cable brakes and skinny cross-ply tyres she was hard work to drive but, she did have a later syncro gearbox so not as bad as it could have been!

It had always been a dream of mine to own a Heb and when the chance came up, I took it. It was a big decision as they are not cheap cars but, one that I’ve never regretted. I said I’d never sell her but after four years of fun I decided it was time for someone else to get the chance to own a Heb. As it turned out it was bought by a collector who already owned four Hebmüllers! It now does even less mileage than when I owned it and will probably remain locked away with his other cars, which I think are mainly Porsches and other rare VWs.

The thatched cottage is in a little village called Soulbury which I used to drive through to work each day, not often in the Heb mind you!

Photo of the week #11. A 1950 VW-Hebmüller Convertible, 1947 Beetle and 1950 Karmann Cabrio waiting for the ferry at Hull docks, on-route from the UK to The Bad-Camberg Vintage Volkswagen Show in Germany, June 2007. 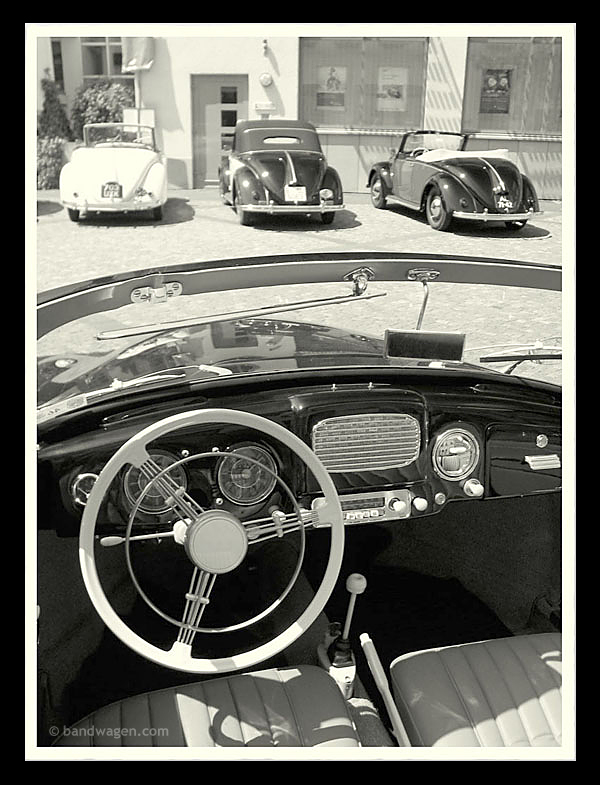 I took this photograph during my first visit with my Hebmüller to The vintage Volkswagen show in Hessisch Oldendorf, Germany in 2005. (It’s the one on the left!)